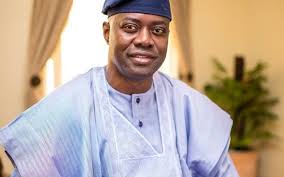 Executive Chairman, Oyo State Universal Basic Education Board, Dr. Nureni Adeniran, said this during an on-the-spot inspection of the rural schools.
Adeniran said the construction would be enlisted as part of its 2019 FGN-UBEC/OYOSUBEB intervention project.

The visit was prompted by a viral post on the social media, which called for Oyo State Government’s intervention in Methodist Primary School, Olomi-Yeye, Ibadan.
Promising that the schools would also be provided with furniture and other needed facilities, the chairman noted that: “It is very pathetic to see these children learning under a bad condition like this.”

Adeniran appreciated the good intent of users of social media, who posted pictures of the schools online, saying this had assisted the state government in identifying such schools.

“When we saw this via the social media, we decided to visit this place promptly and see what we can do. We must sincerely thank the social media user who posted pictures of Methodist Basic School. That was what prompted our coming here today”, he added.

Dr. Adeniran reiterated the resolution of this administration to revamp the education sector by strongly considering rural communities in the distribution of buildings and learning facilities.

Dr Adeniran, who commended the teachers for their dedication and kind gesture to the pupils said other rural schools in the state would enjoy such intervention, noting that the children also deserve to learn under conducive environment.