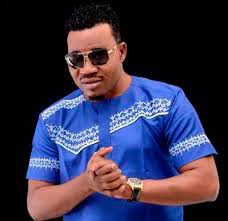 Murphy Afolabi, a Nigerian actor who is known for his ritualist role in movies is a renowned actor with a good heart. The actor must have been motivated by the success of Odunlade Adekola at the University of Lagos, the school has offered him an admission in Business administration and will be writing his first exam in the school in the month of December, 2019.

Murphy Afolabi is a famous scriptwriter, director and producer who started his acting career at a very tender age, way before his college years. The famous Nigerian actor was born on the 5th of may 1974. The handsome actor attended college and later proceed to Ire Polytechnic to study mass communication, movie production and theater arts.
He is basically professional and a big fish in the industry, he hails from Osun state, Oshogbo precisely and has never departed from his homeland at heart, the renowned actor is not ashamed of his state such that he speaks with the accent anywhere he finds himself including on set, his fan however finds this uniqueness about him and never for once discriminate him. He is a lady’s man as his Instagram is flooded with pictures of him and girlfriends over the years. He is in love with his daughter Moyosore, who he has not hidden from Instagram as well. He is so discrete about being married, no wedding has being seen so far.
Post Views: 12