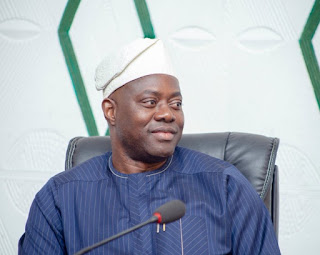 The Oyo State Chapter of the Nigeria Labour Congress (NLC), on Friday applauded Seyi Makinde, over the signing of implementation of N30, 000 minimum for the state’s workers.
The state’s NLC chairman, who made this known in a interview with newsmen, said that it was a pleasing to hear.
“It was a joint agreement and I must tell you it was a good development that we are able to agree to the implementation of the national minimum wage for our workers.
“It is the first time in the history of the state that agreement would be reached without any breakdown of talks, intimidation or harassment of any form.
“I also have to let to  you know, and indeed our members that the agreement stipulated review from time to time depending on some variables such as income generation, productivity, among others,” he said.
Newsmen, reports that with the implementation of the new minimum wage of N30, 000 by the Federal Government, with effect from April 2019, other states have continued to follow suit.
Post Views: 15