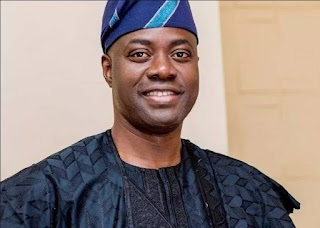 Oyo State governor, Seyi Makinde  has explained reasons why he picked an indigene of Kano State, Alhaji Ahmed Murtala as his Special Assistant on Community Relations I.
He said Murtala have his  education in Oyo State and he will knowledge and understanding  in communicating with Hausa/Fulani community scattered across the state.
Murtala hails from Nasarawa Local Government of Kano State and had his primary and secondary school education at St. Brigid Boys School, Ibadan and Community Grammar School, Mokola, Ibadan,
“(Murtala) will be as the bridge between the Oyo State Government and the Hausa and Fulani as well as other northern groups scattered across the state.”Makinde charged the new appointees, whose appointments took effect from November 27 , to see their appointments as a call to service and urged them to discharge their duties with absolute loyalty, dedication and diligence.
Meanwhile, the governor also Mr Femi Josiah as Special Assistant on Community Relations II.
Makinde further approved the appointment of Dr Olufunmilayo Salami as Special Adviser on Health while Chief Jacob Adetoro was named as Chairman of Federal Constituencies Liaison Officers.
Dr Salami until her appointment as Special Adviser on Health was a health consultant to the state government.
Post Views: 12