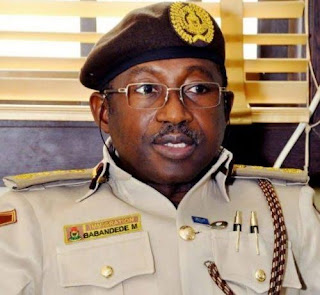 According to a statement released and signed by the NIS’ spokesman, Sunday James, the girls were set to board Ethiopian, Peace, Egypt and East Airlines.
Some  claimed to be travelling to take up employment without knowing their employers neither were they aware of the nature of job they were going for.
While some claimed they were going for a visit but later confessed they were going to hustle and  remaining said they were headed to India for medical treatment without referrals.
The NIS concluded that the “shady journey was organised by agents aimed at exploiting their innocence and ignorance.”
“Considering that the Nine(9) girls had no credible mission for embarking on the failed journey they were refused departure to save their lives and dignity,” the NIS said and called on parents to “be wary of juicy offers by family members and non-family members to take their children abroad.”
The NIS also noted that its operatives at the country’s entry and exit points will never “permit them departure, and if they so appear in an attempt to beat security they will continue to be arrested in our stepped-up clearance operation that is yielding positive results in the various arrests made around the borders of the country by NIS.”
Post Views: 11