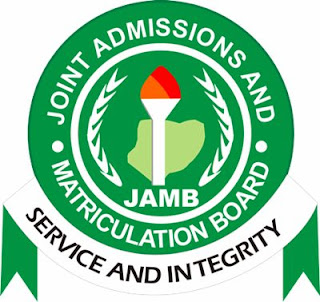 According to JAMB, the NIN would be compulsory for UTME registration next year and only candidates with NIN would be allowed to sit for the examination next year.
2020 UTME Candidates can start preparing for their exams using already existing JAMB CBT softwares and JAMB CBT apps
In view of this, all candidates desiring to register for the 2020 UTME, other JAMB processes, are urged to visit the nearest NIMC centre or its licensed agents for the NIN registration ahead of the UTME registration, if they have not done so as the board has made arrangements with NIMC for candidates who do not have the NIN to be registered at the centre by NIMC or its licensed agents.
The board also has disclosed that it would no longer need to capture the biometrics of candidates during UTME registration next year as the information of candidates required by the board would be uploaded from the data captured by the NIMC for registration.
Commenting on this, the JAMB’s Head of Information, Dr. Fabian Benjamin, explained that the NIN would guard against all forms of registration infractions.
He mentioned that candidates would be required to present their NIN at the point of registration.
He also advised candidates who had registered and acquired the NIN before attaining the age of 16 to update their NIN registration status before proceeding for the UTME registration.
“If a candidate has NIN but has misplaced the number, he/she can retrieve the NIN by either going to any NIMC office/its licensed agents or dialing *346# (USSD Code) on the SIM number earlier used to register for the NIN and the NIN would be sent to the candidate.
“If he/she does not have the SIM number used for the NIN registration, such a candidate should visit the nearest NIMC centre or any of its licensed agents.
“Candidate’s name, as arranged on the NIMC data base, would be same on JAMB data after registration.
“If any candidate has complaints of name arrangement such a candidate should first rectify such issue with NIMC before proceeding for registration,” he added.
Post Views: 13